With this in mind, allow me to offer you some facts in order to show the knowledge of this fundamental means of communication which is used for the purpose of culturally identifying any group of people or a community.

Global Gypsy Population and the current state of its universal language

There are approximately 14 million of us Gypsies living in the world and we are spread out in the following way: two million in South America and two million spread across the United States of America and Canada. The remaining 10 million live in Europe, amongst which, eight million of these are in the 27 States that make up the European Union, and the other remaining two million are in those countries that are situated further to the east of the common territory. I do not have enough reliable data on the Gypsy population of Turkey, which could increase the total number of this community residing all over the world by a million.

Romani is the official and universal name by which this language is recognised, having a Sanskrit origin which is inscribed into a group of distinct languages ―Prakrit ― that were spoken in India many centuries before the birth of Jesus Christ and continued until the 11th century, the age when the Gypsy exodus began from India until the furthest corner of continental Europe.

Roughly speaking, I would venture to say that the global level of knowledge and insertion of the Romani language would be the following: ten million Gypsy people speak Romani as their mother tongue. It is the language which is used by all members of their family and in their daily lives and, which they use to communicate with the other members of the group who live in their immediate surroundings. Evidently, all of them are bilingual because they know and use the language of the country where they reside, in order to interact with other citizens.

Of the four million that remain, half of them know and use Romani in a natural way even though for them, this language has ceased to be their mother tongue. They speak Romani naturally because they have learnt it from their parents or grandparents, however, they also use the country’s official language interchangeably within the family environment.

Finally, there remains two million people for whom Romani has ceased to be the driving language used to communicate with other members of the group and their knowledge of it is very limited and strongly obstructed by the official language of the country where they live. Sadly, for us Spanish Gypsy men and women, we are included in this third group.

Romani, a language that must be protected

‘The European Charter for Regional or Minority Languages’ was drawn up by the European Council and ratified in Strasbourg on 5th November 1992. Its aim is to defend and promote all European languages that are unofficial or which exist in one particular Member State, but not recognised in another of the signatory States. At present, Romani has been recognised as a language that deserves special protection by Germany, Austria, Slovakia, Slovenia, Finland, Montenegro, the Netherlands, Romania, Serbia and Sweden. There are still many countries where Gypsies are present though their language is yet to receive the protection that it deserves by their respective governments. Perhaps, one of the causes that could be attributed to Spain’s apathy is the fact that according to the Charter’s very own terminology, the Gypsy language is considered to be a “Language without territory”, which essentially means the speech is limited to the minority percentage of people who live throughout the state’s territory. This difference is evident when we consider, for example, Catalan, Basque or Galician, which do have a concrete and defined territory where these are spoken.

In the fourth point of the Zagreb Declaration, the signatories state that “Member States should finance the promotion of the Romani language, including all the actions that this entails.” In addition, in the fifth point, they demand that “European institutions must thoroughly monitor and control actions carried out by Member States with regards to both the Romani language and culture.”

The Romani language in Spain, a survival miracle

In Spain, us Gypsies speak Kalo which is a branch that is very limited and almost a purely formal version of universal Romani. I have the temptation now to dwell on the speech of Spanish Gypsies using a rigorous and academic explanation but, I will desist for obvious reasons: I have neither the space for this nor would it fulfil the journalistic or informative character that is expected in my articles. However, I invite those who wish to know more about the Gypsy language, to get in contact with me using the following e-mail address: u-romani@pangea.org.

The use of Kalo in Spain depends greatly on the territory. Obviously, it is most used in Andalusia where the speech demonstrates the many contributions of popular Kalo. Next, I would venture to say that it is in Catalonia where Gypsies have the most knowledge of universal Romani because they incorporate many common expressions used by Gypsies globally into their speech which for me, were unknown until I lived in Catalonia.

From when I was born, and in a completely natural way, my family used important words in conversation such as: “naquerar, dikar, villar, chalar, jamar, jallipen, kalladó, lachó, chorró, jundunar, pestañí, báto, mui, pesti, chukel, chavó, romí, kher, etc. etc”. And like this, with hundreds of scarce words appropriately intertwined with Spanish, it made it impossible for any citizen to fully understand any conversation that my grandparents had with my uncles and aunts. What is more, I still get the feeling today of incredible admiration when seeing my poor mother, an illiterate Gypsy just like all members of my family were, knowing how to decline some cases of personal pronouns just like what happened a thousand years ago when the first Gypsies began their exodus from India into the unknown, and just like now when ten million Gypsies speak Romani as their mother tongue.

The Gypsy culture as a whole, such as our customs and traditions dating thousands of years, has suffered and continues to experience extremely important changes, which our parents and not least our grandparents could never have imagined. And the gypsy language has not remained on the fringes of this reality.

I remember about 50 years ago (goodness, how time has passed!), I addressed some words to a large congregation of Gypsy families in one of the most important provinces of Valladolid. It was about encouraging them to stop their legitimate pride in being Gypsies declining and, the need for them to place more value on everything that we consider to be the greatest evidence of our cultural identity. And of course, I dedicated a great lecture insisting that they should restore the Kalo that they learnt from their predecessors and teach it to their children. I told them that the more they spoke Kalo, the better it would be for everybody. But the thing is, on finishing, an old Gypsy man came up to me in order to tell me the following:

‘Son, I really enjoyed what you have said and you can count on us to do what is required but, I must warn you of one thing: do not even think about allowing “non-Gypsies” to learn our language. I am warning you because if you do, you will have serious problems with us.’

I came out of this predicament as best as I could because I knew that for this old Gypsy, just like the majority of our people from that same era, Kalo was a form of defence against the marginalisation and persecution that we had always suffered from society as much as public authorities.

A cry for hope

Fifty years have not gone by in vain. Today, we have young Gypsies who value their language as one of the most tangible symbols of their belonging to a very large community which is spread globally and, who know how to guard their language as the most precious treasure. This is why we want more people to have knowledge of it, for the better. It would be the best guarantee of its survival. So much so that public authorities should commit to elaborating programmes which would allow those schools with large numbers of Gypsy students to provide them with compulsory Romani classes as well as to those who take an interest in learning the language.

This is a petition which we make to the national government and the Autonomous Regions. This with the exception of the Andalusian government from who we require a direct participation in this matter. It is little wonder that the Gypsy population on this earth has surpassed five percent, meaning a Gypsy-Andalusian population of more than 350,000 people.

This English translation has been possible thanks to the PerMondo project: Free translation of website and documents for non-profit organisations. A project managed by Mondo Agit. Translator: Anastasia Korotkova. 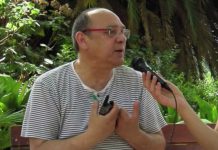 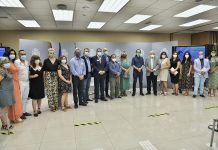 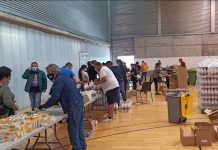