The Red Army was descending from Russia and, on 27th January 1945, arrived at the Auschwitz-Birkenau extermination camp. It was built by the Nazis, very close to Kraków in their polish territory and was the most efficient place for the mass extermination of those individuals, who racist criminals deemed should not survive. One and a half million innocent people are estimated to have been murdered in that haunting place.

Without a doubt, it is the name Auschwitz-Birkenau that evokes the most horrendously, awful scenes where killing machines were used the most consistently, not forgetting other extermination sites no less horrendous. The most significant amongst them were divided into twelves camps where, in some places, the numbers of victims were not too far behind Auschwitz-Birkenau. I had the solemn privilege of visiting most of these camps, particularly those most effective in their daily mission: to concentrate, kill and burn their victims. Treblinka was one of the most famous and effective sites of all. It annihilated more human beings in less time than any other camp, including Auschwitz-Birkenau. Treblinka opened in July 1942 and closed in October 1943. It was open for one year and three months. More than 850,000 people were annihilated during this period.

Sobibor extermination camp was created in March 1942. Unlike others, Sobibor was where the Nazis concentrated the greatest number of soviet Jews coming from the eastern front as prisoners of war and also gypsies. 200,000 people were assassinated in that horrific place. When the gas chambers were introduced, it was not the effects of the pesticide Zyklon B that killed them but the effects of a 200 horse-power petrol engine that was placed in a nearby shed and ran through a tube directly into the chamber where those defenceless, naked victims were waiting to die. The graves were nearby. Each grave was between 50 and 60 metres long and 10 to 15 metres wide. They varied between five and seven meters deep.

Twelve years have passed, yet those terrible images remain etched in my memory, from when I embarked upon my week-long trip to Poland to visit the main concentration and extermination camps where they stole the lives of five million victims – yes, five million. We must repeat this figure in order for us to take responsibility for the sheer magnitude of this tragedy: the murder of innocent Jews, along with whom, five hundred thousand gypsies were also victims of hate and racial blindness. The perpetrators of these crimes were thugs without a conscience, for whom the concept of compassion and mercy were unknown.

Rudolf Höss was the first director of the extermination camp and the most notorious of the Nazi regime. He was named commander of the new camp on 30th April 1940 and remained at its forefront until the end of 1943. Höss was a machine prepared to kill. He launched the initiative to expand Auschwitz by constructing Birkenau which dramatically increased the number of daily assassinations to reach such horrific numbers.

Rudof Höss was particularly cruel to the gypsies both in his role as founding director of Auschwitz and when he returned to the camp to launch new extermination processes. This monster was an enthusiastic fan of Josef Mengele, the doctor who was named medical director of Zigeunerfamilienlager (the camp for gypsy families) in the Birkenau complex.

The friendship between Megle and Höss facilitated multiple experiments to be conducted on adult gypsies. For example, they were left with infectious diseases until they spread amongst the gypsy prisoners as they lived in crammed, tiny spaces. The Nuremberg trials proved that the Nazis allowed typhus to spread amongst the gypsies in order to measure its resistance. They injected bacteria from tuberculosis with the sole aim of experimenting in the search for vaccinations.

However, the pure evilness of Auschwitz’s doctor-come-assassin was unpresented in what was considered the first mass slaughter of children. It was in Buchenwald. 250 gypsy children from Czechoslovakia were assassinated during the trials of Zyclon B (the chemical agent used in the gas chambers). They supplied cyanide in crystal form to see how long it took them to die.

Then we arrived at the doors of hell

I do confess that my visit to the camps impacted me in a way that was challenging to overcome. Above all, apart from having a common purpose: racist extermination of all those who did not belong to the Arian race, the wide variety of killing methods used rendered it difficult to categorise. To me, it seems that to end a life by firing-squad would be more humane than injecting diseases, leaving people to starve to death or dying from exhaustion after countless days of forced labour.

Slowly but surely, I mentally prepared myself to face my final test: the Auschwitz visit. Walking through the sinister barracks was like being in a horror film. Seeing mountains of glasses abandoned by the prisoners, thousands of shoes in all varieties and sizes, small suitcases with shaving paraphernalia and hairbrushes of all sorts made me cry. Only then did I understand why our guide (who had accompanied us through the entire trip) had decided not to join us. He was a Jew and had been injured in a war while previously serving his country in the army. Now, as a member of Yad Vashem (The World Holocaust Memorial Centre), he dedicated his time to portraying what had occurred during theHolocaust. Of course, at that moment I understood why he could not venture into the space where millions of his fellow citizens had suffered indescribable torture then lost their lives!

And then the moment arrived to go into the gas chambers

When I reached the entrance to the gas chambers, I needed a moment to gather my strength. I knew that I was about to enter a place where years ago, thousands of gypsies, both men and women, girls and boys, accompanied millions of Jews, disabled people and people with various sexual orientations had lost their lives. I must confess, I was nervous. I thought perhaps it would have been better for me to stay at the entrance with the guide, but now there was no going back.

A young Jewish-polish guide accompanied us into that sinister place. She told us that the victims would have been calm while on their way to death. They had been purposely misled. They had been told that they were about to take a shower to avoid whatever types of infection or illnesses and that later, they would return to their dormitories. The poor things! First, we passed a small enclosure where they had to deposit anything valuable, they had about their person including rings, chains, necklaces or watches. Next, we went through another room where the innocents had to remove all their clothes and put them on a shelf where later they would reclaim their possessions, or so they were told. Finally, we crossed the threshold into the gas chamber. It was a large room, obviously without windows and could accommodate many individuals.

Once the door was closed, the “final solution” commenced

Using a system similar to a shower, from the outside they introduced cyanide or carbon monoxide as well as Zyklon B, a chemical which released large quantities of cyanidic acid, a gas heavier than air. A specialised website describes this final point, “All of the victims were dead within 25 minutes. The gas acts by inhibiting victims’ respiratory cellular metabolic cycles which meant that they perished by suffocation while continuing to endure spasms and convulsions”.

From outside, the executioners stood and watched from behind a thick window in the door. They watched while the innocent victims died. When they had all died, they opened the door to ventilate and took the corpses to the crematorium.

Today on 27th January, 75 years after the Allies put an end to this terrible nightmare, I fear that some political parties, in this tumultuous period of European history, have not learnt the lesson.

This English translation has been possible thanks to the PerMondo project: Free translation of website and documents for non-profit organisations. A project managed by Mondo Agit. Translator: Scarlett Newton. 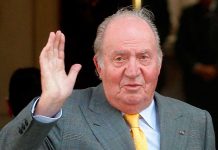 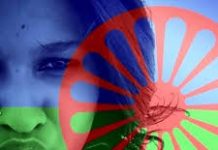 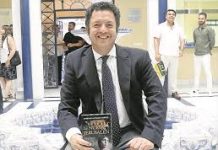