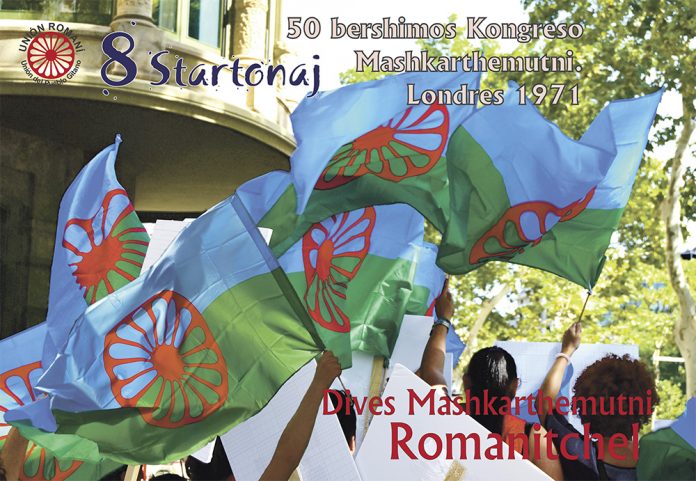 You can hear this message, subtitled in Rromano, in the voice of Juan de Dios Ramírez-Heredia

On April 8, the Romani people go to the riverbanks to throw flowers into the river. It is the symbol of freedom, crossing borders, and the Earth as a shared place for all the people.

After that, we leave floating lights on the still waters of the river to remember our ancestors. We never forget the half-million Romani people who died in concentration camps under the Nazi regime after World War II.

We are living hard times. Our people are still being prosecuted, also in democratic countries. Some of them arrive in Europe fleeing from hunger and misery with the hope of a better life, but they are expelled. We must raise our voices to demand a more tolerant society and we have to ask our governments to show solidarity. We cannot lose hope.

On April 8, we must go out onto the street with a smile and we have to offer our hand to whoever wants to shake it. If people want to listen to us, we have to tell them who we are. Our people have nothing to do with what is portrayed in some mass media.

On April 8, we should feel proud of belonging to a great community. We are more than fourteen million people around the world. Fourteen million human beings with a common history, with a common language, with a largely shared culture, and with the desire to continue being Romani of the 21st century.

At the London Congress, a dream came true

Fifty years have passed since on April 8, 1971, a group of Romani people from 28 different countries met in London to talk about our aspirations at that moment and to think about our futures. This was a unique event, absolutely unthinkable for many of the people who attended the Congress. It was in London where we discovered that we wanted to be the architects of our future and the administrators of our freedom.

There were only Romani people, in the London Congress. Most of them came from former communist countries. We should not forget that three-fourths of the European Romani population came from Russia and its satellite states. That is why we were very interested in what the people who came from those countries could tell us. In 1971 the “Iron Curtain” and the “Berlin Wall” seemed impregnable walls.

Great achievements of the London Congress

Those of us who were lucky enough to participate in that meeting agreed we should have a flag to represent us. And we approved it: it is blue and green. We also wanted a universal hymn to sing during our celebrations. Jarko Jovanovich composed it with his balalaika. In 1978 we were recognized by the United Nations. We thought we should create an academic institution to work on the normalization and standardization of our language, Romano. It happened thanks to René Descartes University in Paris and Marcel Courthiade, may God have him in his glory. Finally, we created the International Romani Union. The goal was clear: to culminate a political project and to represent the Romani people around the world.

The first of all is Vanko Rouda, founder of the International Gypsy Committee. Also, his brother Leula and Grattan Puxon, the General Secretary of the London Congress. They were the soul of the Congress. Slobodan Berbeski was the president of the Congress and Dr. Jan Cibula was elected the first president of the International Romani Union. Jarko Jovanovich, composer of Gelem, Gelen and Raya Rudikova, a Romani girl form Russia. The list is very long.

In 2017, on March 10, the Congress of Deputies urged the Government to officially declare April 8 as the International Roma Day, as well as to recognize the blue and green flag with a red 16-spoke wheel and the Gelem Gelem as our anthem. “The purpose was to use those symbols in commemorations, acts and institutional events related to the Romani People.”

On April 6, 2018, the Council of Ministers of Spain approved the recognition of April 8 as the International Roma Day, as it has been done in the past in the Council of Europe and different countries. The Plenum of the Senate of Spain joined this celebration through a solemn institutional declaration.

The Unión Romaní calls on all citizens to join us on this important and relevant date. 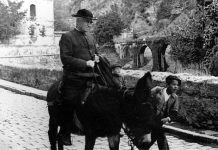 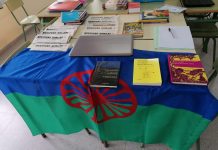 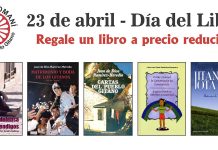 The committee of gypsy activists ‘Romanistan’ organizes a large celebration to commemorate the 50th...