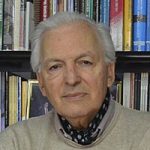 Shortly a protest will take place in Rome organised by the party Forza Nuova who represent the extreme Italian right and are charactised by their neo-fascist behaviour. This political formation demonstrates its ultra-nationalistic doctrine renowned for its strong social conservatism. They advocate the Lateran Treaty signed by Mussolini in 1929.

They will focus on the opposition of the gypsy settlement in Via Salviata and have asked the population to manifest using the slogan, “Let’s close the gypsy camp immediately.” The inhabitants in the camp are afraid as this political organisation is violent and promotes forceful acts against the gypsies. In order to protect themselves the poor ignorant people have asked Matteo Salivini, the Italian Ministry of Internal Affairs, for help. It’s like asking a fox to protect the henhouse. They did this yesterday when the Vice-president of in the Italian government and the leader of the Northern League interviewed the Hungarian Prime Minister Viktor Orbán, another confessed racist whom the People’s Party have suspended from militancy.

Soon there will be European Parliamentary elections

The European Parliamentary elections are around the corner and these days the attacks against the gypsies and immigrants in general will get worse. Salvini, whose leadership no one doubts when it comes down to fighting entry into the European Union for citizens belonging to third countries, has chosen to interview Orbán, the barbed-wired fence in Roeszke that separates Hungry from Serbia. The only thing missing was the image of their friend and fellow believer Marine Le Pen in order to complete the trio that represent xenophobia.

I feel sorry for the Italian gypsies because they know that everything is at stake. For this reason Dijana Pavlovivi, leader of the Kethane Movement, doesn’t ask Salvini to call off the protest, but to tell the protestors not to get close to the camp. They should maintain “a necessary distance, enough so that the manifestation of intolerance and violence is carried out without personal injury or material damage.” In the public statement the gypsy organisation warn the Minister of serious attacks endured on the part of “the same political strength along with others of fascist nature.” They point out in horror that, “the violent acts towards the gypsies range from physical violence to trampling the bread destined for the families and the death threats directed at the children sheltered in the centre are very frequent.”

The complainants of this terrible situation are aware of the fact that these protests “promote the free hatred and seriously disturb the public order creating the fear of enduring serious psychological damage in the minors. It moves me, not to say that it surprises me, the naivety displayed as these gypsies ask the Minister Salvini, “to carry out the announced demonstration peacefully, without harming of threatening the people, without damaging things, ensuring public order and the security of all the citizens.”

May God hear you, my fellow Italian gypsies, as today we don’t even have the support of the European Parliament to speak out against the right to freedom and the right to life!

This English translation has been possible thanks to the PerMondo project: Free translation of website and documents for non-profit organisations. A project managed by Mondo Agit. Translator: Laura Gilbert. 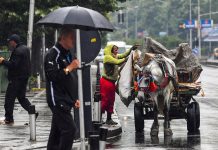 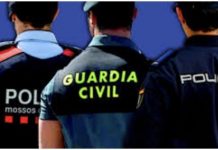 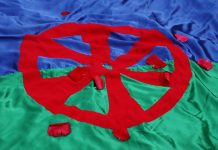