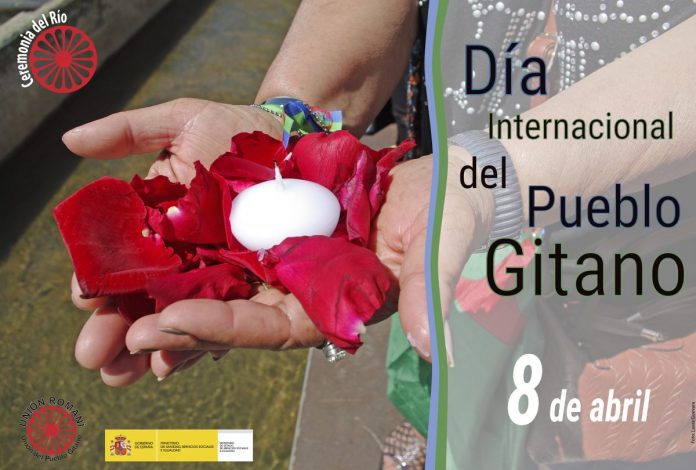 There are fourteen million gypsies living around the world, 4 million of them in both Americas and 10 million in Europe. Today we celebrate our International Day, in remembrance and commemoration of the first World Romani Congress held in London on the 8th April 1971.

The history of the Romani people has a clear dividing line. On one side, the history from before the London Congress and on the other, the history from after. In that Congress – in which I was very fortunate to participate – the foundations that our community wanted to base its future on were laid. We were aware that we were people with a shared history, with common origins, with a language that allowed us to understand each other and one that we had preserved over the centuries. But, above all, we knew that our main strength was in the awareness we all had that we were one universal family.

For this reason, the agony suffered by any members of our Community was felt by us all. And that suffering made us strong, and continues to make us stronger and prouder of who we are every day. Faced with so much disgrace, so many opinions and persecutions, so many unwarranted attacks on our ancestors by cruel and racist law enforcement authorities for centuries, we have proudly held our heads high proclaiming that we are gypsies, despite the danger that we had of being separated. The simple sight of the Second World War, the figure of Hitler and his gas chambers, the half million gypsies, elderly and children, who were massacred in those hellish concentration camps have all strengthened our collective understanding as a community, turning the hot tears of our martyrs into the thorns that stuck in our side and spurred us to shout in London that, “enough is enough!” We wanted justice, we demanded recognition as a community and we shouted loudly, with our emotions running wild, that we were no longer willing to take our torment lying down.

All of this was discussed in London in April 1971. And there we reaffirmed our flag, blue and green. A community that does not understand borders, with the blue representing the skies and the green representing the fields. And we created our anthem. With shocking lyrics reminiscent of the victims of the Nazi persecution. And we asked the United Nations (UN) to recognize us as a community, which we achieved in 1978. And we created a learning centre at the Descartes University in Paris to validate the Romani language, and we decided to create the Romani Union, a large world organisation, gypsy to the core, to allow gypsies from all over the world to speak to public authorities without intermediaries.

Today is our International Day. A day that admires gypsy women who have been included in roles of leadership and representation of our people, something that is becoming a happy reality and was unthinkable before the London Congress.

Today is the day that thousands of gypsy men and women will throw flower petals into the waters of the world’s rivers as a symbol of beauty and freedom. Today is the day that we will place lit candles on those calm waters, praying for our martyrs and our fallen, crying with emotion. Opre Rroma!!

At least, on a day like today, the majority society of gachés (non-gypsies) can say with us: “Opre Rroma, long live the Romani people!!”

This English translation has been possible thanks to the PerMondo project: Free translation of website and documents for non-profit organisations. A project managed by Mondo Agit. Translator: Courtnay Powell